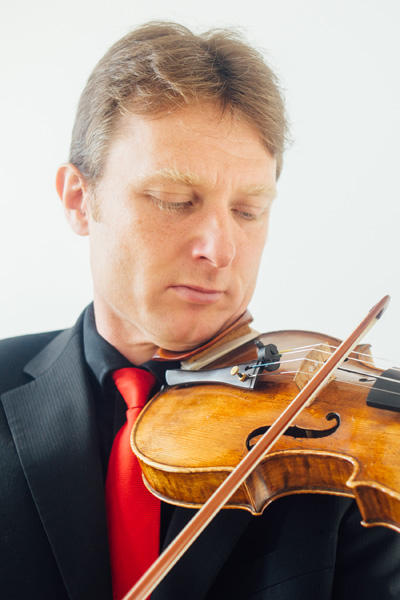 David Adams is leader of the Orchestra of Welsh National Opera and tutor in violin at the Royal Welsh College of Music and Drama. Having previously performed with the London Bridge Trio as guest violist, David was invited to join the trio as their new violinist in 2017. Passionate about chamber music David has been a member of the Raphael Ensemble and Ovid Ensemble is now delighted to be exploring the extraordinary piano trio repertoire with two such wonderful, distinguished musicians, Kate Gould and Daniel Tong.

Lesley Hatfield leads a distinguished and varied musical life, combining her position as Leader of the BBC National Orchestra of Wales with chamber music, solo playing and teaching. After graduating with First Class Honours from Clare College, Cambridge, she studied at the Royal Academy of Music. During her early career, as a chamber musician and member of the Chamber Orchestra of Europe, she worked with Sandor Vegh and Nicholas Harnoncourt, both of whom had a lasting influence on her musical approach. She was co-Leader of the Northern Sinfonia and Leader of the Ulster Orchestra before taking up her current position.

World class concerts against a backdrop of stunning seascapes. Our distinguished musicians bring the international stage to Penarth.

Our distinguished musicians bring the international stage to Penarth.